Zendesk is a well-known cloud-based customer service platform that focuses on improving communication between eCommerce businesses and their clients. It provides complete customer support in a variety of areas. Its offers include customer support, a built-in help center, a live chat, integrated voice solutions, analytics tools, integrated software for community forums, productivity tools for sales teams, and a fully-fledged CRM platform native to AWS.

Considering the many advantages of this cloud-based platform, it’s natural for Zendesk integrations to be increasingly on-demand within the industry. This is especially true when it comes to the biggest platforms for eCommerce websites, like Shopify, Magento, or WP eCommerce. Today we’re focusing on the third-largest online retailer in the United States, right after Amazon and eBay: Shopify. We’ll be answering the question: is Zendesk compatible with Shopify?

Is a Shopify/Zendesk integration possible?

The good news is that connecting Shopify to Zendesk is completely possible. In fact, you can do it both using an existing Zendesk account or without a pre-existing Zendesk account. The Zendesk Shopify app integration is made through the Zendesk app and it’s actually a simple process that should not take much of your time. There’s also the option to integrate Zendesk with Shopift through the Zendesk marketplace and the Shopify for Zendesk integration.

Keep in mind that you need to have an already developed Shopify eCommerce website to be able to perform this integration. We will now guide you through the process of connecting Shopify to Zendesk through the Zendesk app.

Connecting Zendesk and Shopify through the Zendesk app

2. Seach for the Zendesk app or use this link to access it.

3. Install the Zendeks app in your Shopify.

4. Open the app and select “I have an account” or “Get started” and create a Zendesk account. 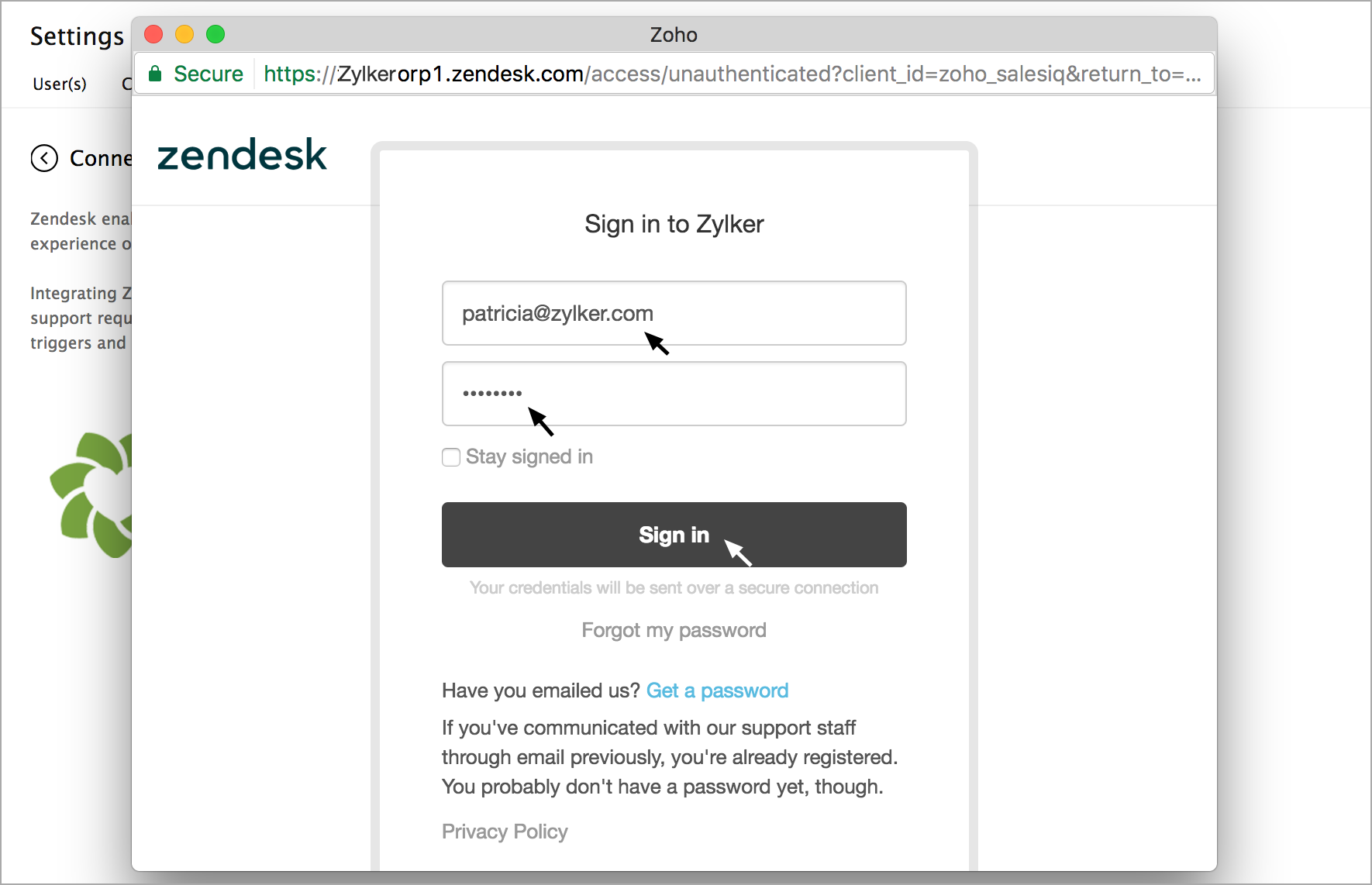 5. Once you’re logged into your Zendesk account, type in your Zendesk subdomain into the app and press enter.

6. Allow the integration to load in your account - the process is automatic.

7. Install the Shopify web widget to your storefront.

8. Open the Application Panel of Zendeks support anytime you need to view your Shopify app in the Zendesk app.

Connecting Zendesk and Shopify through Shopify for Zendesk.

2. InstallShopify for Zendesk for a proper Zendesk Shopify app integration.

3. Enter the Admin Center to access the setup page of the Shopify integration.

4. Access the Shopify storefront and type in your Shopify subdomain.

5. Click the Connection Name and enter your preferred title, then press Connect.

6. Select “Install App” to install and access Zendesk from your Shopify storefront.

Do you need help performing a Zendesk Shopify app integration?

While these two methods for connecting Zendesk and Shopify are fairly easy to perform, we understand that there might be other limitations both with your Shopify store or Zendesk app that could prevent the integration. To make Zendesk compatible with Shopify you should have a well-designed Shopify store ready to expand and integrate with other applications.

If you’re looking to develop a Shopify store or expand your existing one, at Resolve Digital we have all the right tools for innovative eCommerce development. Contact us today to learn more about your eCommerce services!

Tell us about your project and we'll get back to you shortly.

More On The Blog

Everyone within the eCommerce space knows of Ruby On Rails. This framework is used by approximately 3,866,870 websites right now, showing just how efficient it can be for creating efficient yet beautiful web applications. Now, this unique Ruby-based framework comes with its fair share of add-ons and extra features to discover as well. One of the most important ones is the gems in Ruby On Rails.
Sol Dieguez — Nov 30, 2022

How To Improve Your eCommerce With PHP

With the ever-changing state of the IT industry and the fluctuating eCommerce development trends, it’s more than necessary to be flexible in trying out different tech stacks for your eCommerce site. Now, PHP is one of the most popular programming languages out there, and one with a long-standing track record.
Sol Dieguez — Nov 24, 2022

Tips For Getting The Most Out Of Your AWS Free Tier

This cloud computing service currently has over one million users, with enterprise-scale customers making up about 10% of their clients. This shows just how widely used AWS is and gives a solid reason to try it out: it seems to work for most eCommerce businesses out there. Now, there’s a way to check out AWS for free and see if it works for your online business.
Sol Dieguez — Nov 18, 2022